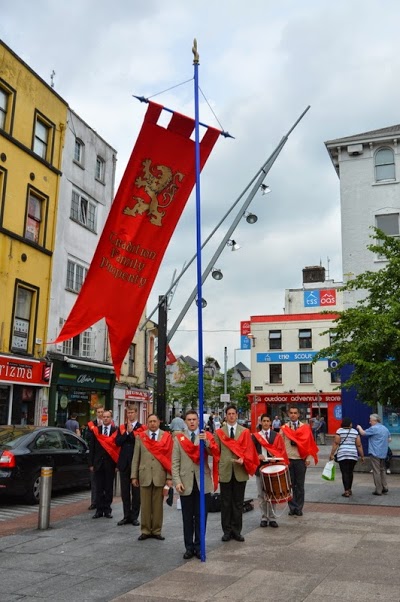 As everyone realizes, the liberal media can’t really be trusted. Yet, what about the conservative media? And do conservative organizations such as CPAC (Conservative Political Action Committee) really portray accurately the morals, values and political positions of Catholics and conservatives? Sadly, the answer is a blatant and resounding “no. ”

Much of the media’s coverage of the 2014 CPAC – both liberal and conservative – showed pictures of a man with an extremely large mohawk. Beside this, organizers of CPAC invited as honored guests the pro-homosexual “marriage” organization GOProud, promoting their agenda of unnatural vice and degradation of morals within our country.

Is this the true face of future “conservative” voters? Both the liberal and conservative media portray the conservative movement, or at least the younger members of the party, as merely “middle of the road” with no real moral principles concerning abortion, contraception, and homosexual “marriage”. However, this is not the reality for many true Catholics and even a large number of protestants, but especially not for the young Catholic men attending St. Louis de Montfort Academy.

Here at the Academy young men strengthen their belief in the sanctity of life and the true meaning of marriage. Every student participates in street campaigns and Rosary rallies, learning to stand publicly for his Catholic Faith and morals.

Besides defending their Faith in truly conservative matters, Academy students also apply Catholic principles to everyday actions. For example, each dresses in a suit jacket every day for classes and must keep himself and his uniform exceptionally clean. Nearly every aspect of our formation at the Academy contradicts much of the media’s portrayal – both conservative and liberal – of the younger generation “conservatives,” even in our haircuts.

Happily, we will not stain our honor nor give up our principles to please the media and “middle of the road” conservatives. On the contrary, we will fight harder to accurately portray and achieve the goals of true Catholic conservatives. We, the students of St. Louis de Montfort Academy, ask your prayers so that we may continue our fight, never submitting to the lax standards of the lukewarm.