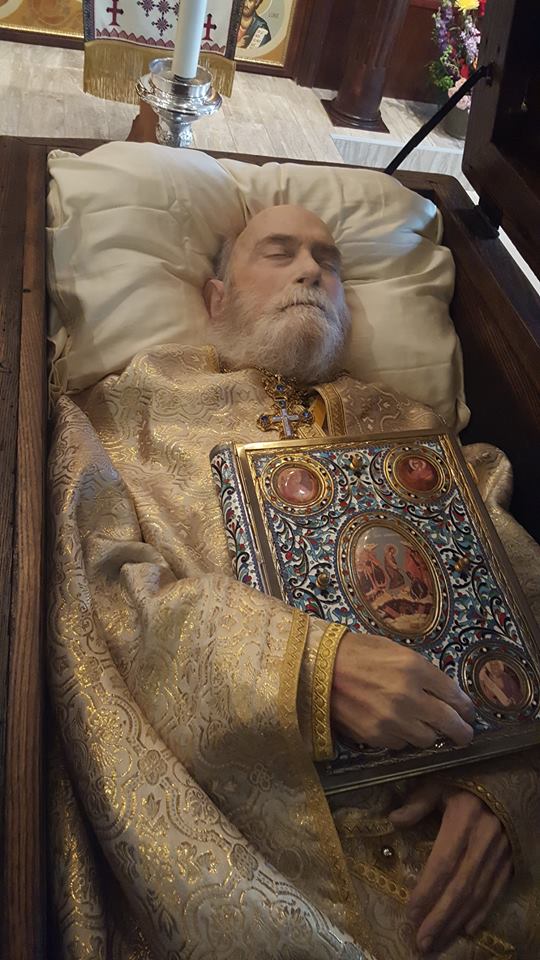 On the Friday after Father Constantine died, December 2, 2016, his funeral was held. Some of us from the Saint Louis de Montfort Academy were blessed to be able to go to the funeral. The funeral service was held in Transfiguration Melchite Church in Virginia. The service was beautiful, and very interesting. That was my first time in a Melchite Church, let alone a Melchite service. There was a lot of symbolism in the service. As we went up to the coffin, to kiss Father Constantine’s hand for the last time, we noticed that his face was covered. The priest leading the ceremony explained that his face was covered because of what Moses did in Exodus. After Moses saw God face to face on top of Mount Sinai, he covered his face when he came back down to the people. He did this so that the glory and radiance of God, which was reflected in his face, would not blind the people. Similarly, Father Constantine’s face was covered because if he was in heaven, he would have looked upon the face of God. As the coffin was carried out of the Church in a procession, the cantors chanted an Arabic chant. This chant was beautifully sung, and could be compared to the angels singing as they escort Father Constantine’s soul into Heaven to enjoy the rewards which he had earned.