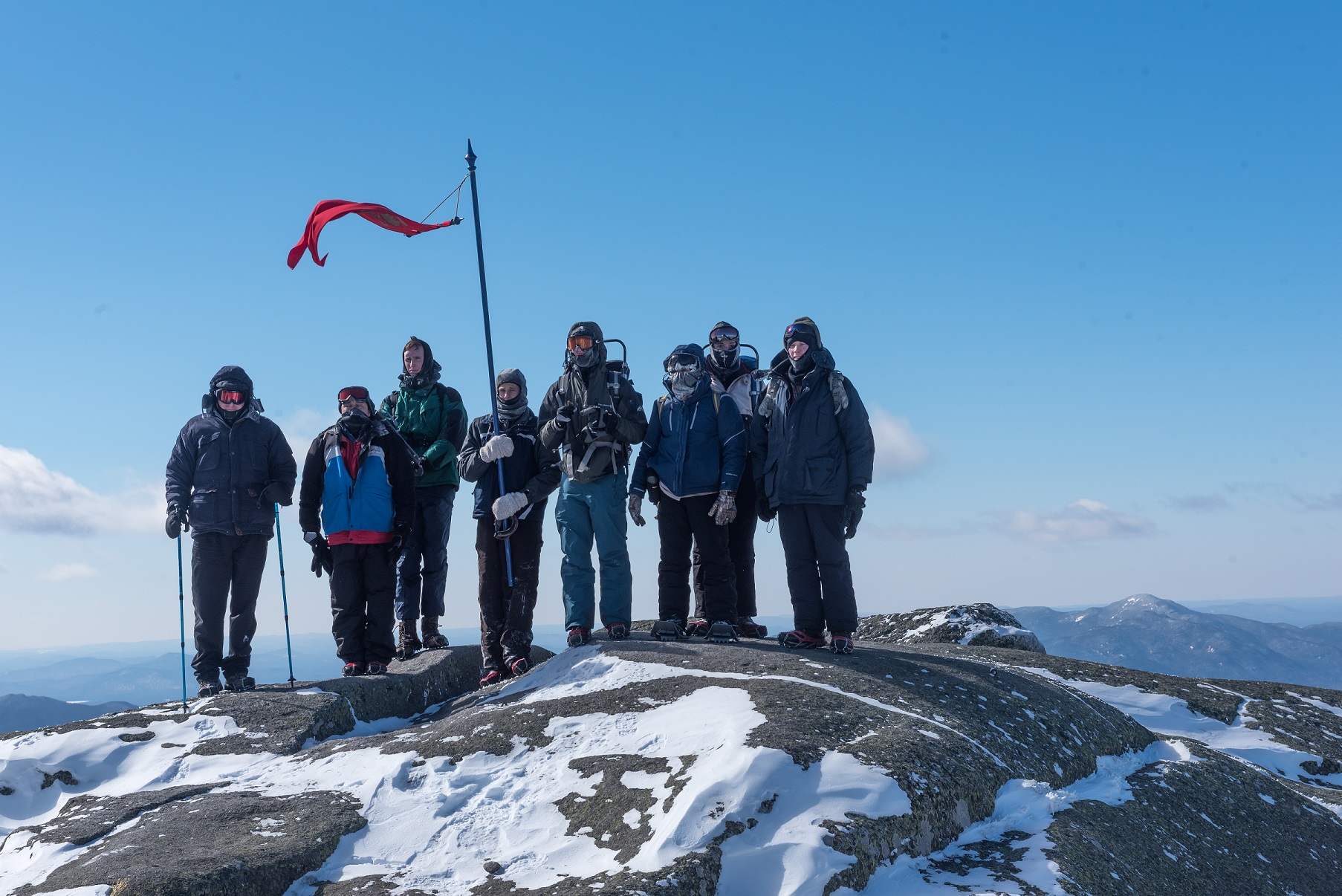 At the beginning of March, five students from the Academy joined some TFP members in their quest to conquer Mt. Algonquin.  We drove throughout the day until we arrived in a cabin that we rented in the Adirondack Mountains in upstate New York.  The next morning was time for action.  We got up early and prepared for the weather that was going to assault us at the top.  Backpacks were loaded, snowshoes or micro-spikes were strapped on, and layers upon layers were piled on to protect us from the thirty-five mile-per-hour winds that made it negative fifty on the top of Mt. Algonquin.  After all this was taken care of, we headed off.  Close to the beginning, we stopped to take a picture of a beautiful frozen waterfall.  It was spectacular.  What a majestic creation of God that was in direct contrast to the world we had only just left.   As the climb got higher and harder, and everything including our sandwiches froze, we were in constant wonder of the panorama and the frozen crystals of snow and ice around us.  However, the cold was intense!  As we neared the top, the noise of the wind skipping over the trees was like angry animals trying to dissuade all climbing that the effort was not worth it. The wind was demoralizing, and we shuddered to think that the peak was bare.  Sure enough, the last hundred yards had no cover from the elements.  With no cover from the trees, the wind seemed to burn one’s eyes and it was a struggle to see.  However, on the peak, it became strangely calm. It was as if God was rewarding our efforts to fight the elements with a beautiful view and calm surroundings.  It seemed as if God was not only rewarding our efforts on this mountain, but that He will reward our efforts in fighting the numerous evils of our days once we again descended down the mountain and into t his chaotic and ugly world.