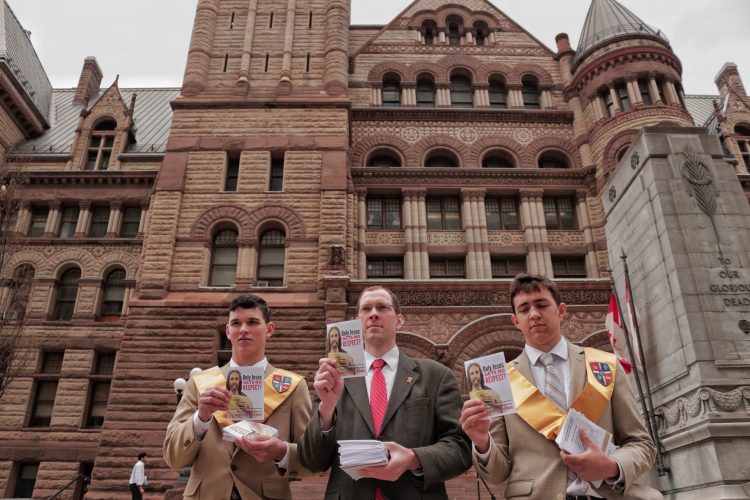 Six students from Saint Louis de Montfort Academy journeyed to Canada to uphold the second Commandment by defending Our Lord’s most sacred Name. Leaflets with the bold title: “Only Jesus gets no respect?” were distributed to hundreds of Canadians during the trip. It started at the Ottawa March for Life where many happily received the flier. The main point of our message was a petition to the company blasphemously titled: “Sweet Jesus” to change their name and stop offending God. The company is an ice cream franchise that specializes in sneaking in evil phrases in their flavors, adds, and symbols in mockery of Our Lord’s Name. After the march we drove Southwest and took the battle to the streets offering our message to thousands of busy people near the parliament building in Toronto. Afterwards, a campaign with a standard and a couple of band members next to a busy intersection aided our mission by making our presence undeniable and seen by many. The trip was a big success and it was an honor to be able to spend the week defending God’s honor in Canada.