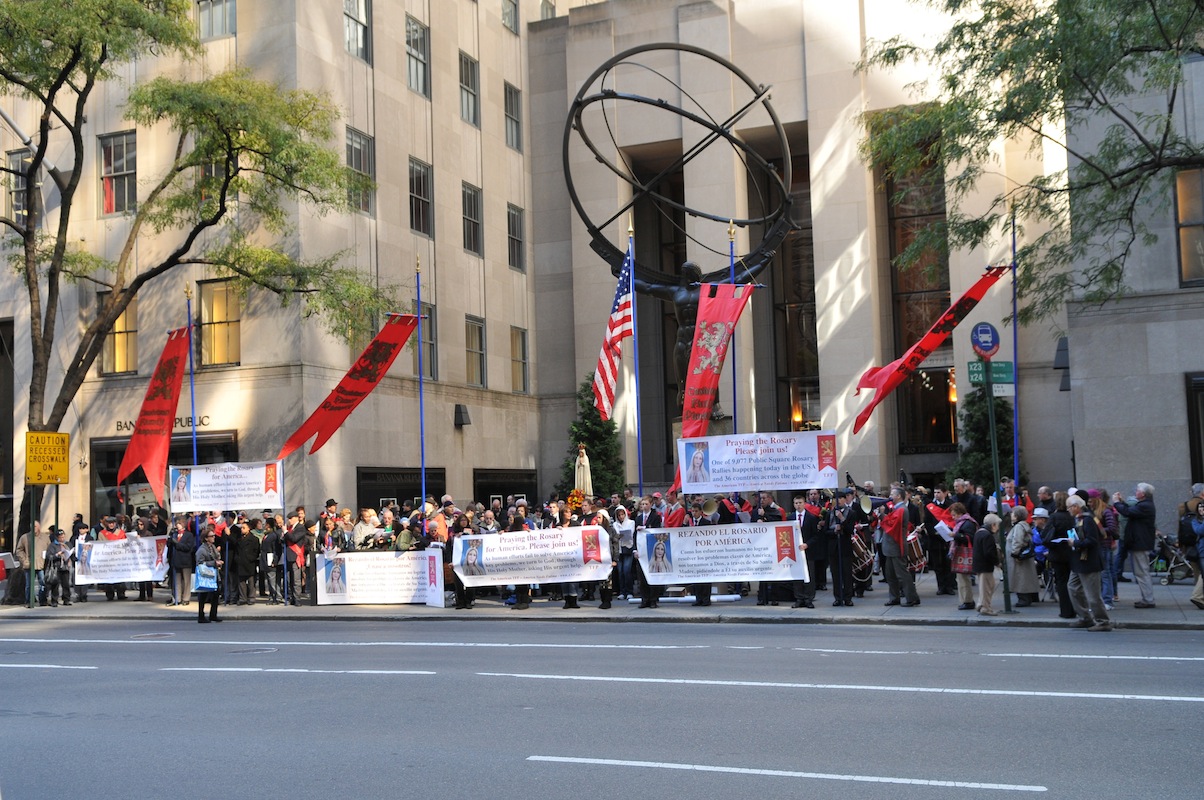 On October 13, 2012, the students and staff of St. Louis de Monfort Academy headed to pray at two of the nine thousand Rosary rallies held across the nation . One was in New York City, and the other at Harrisburg, the Pennsylvania capitol. In New York, we were lined up in front of St. Patrick’s cathedral with two banners, a TFP standard, and the American Flag. We prayed all fifteen decades of the Rosary with religious hymns in between each Rosary. After the Rosary, we proceeded to walk down the street to the art gallery where the government funded a blasphemous image to be shown. We prayed there for about forty five minutes shouting “Reparation” between each decade . Afterwards we went to a restaurant for supper and then headed home. In Harrisburg, 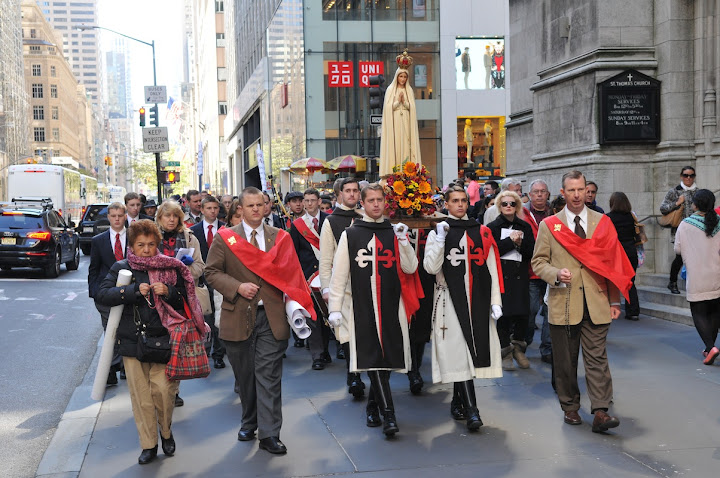 the Rosary rally was much more simple. First, we attended Mass and received Holy Communion. Once Mass was finished, a procession was lead from St Lawrence’s Catholic church to a walkway in front of the Suquehanna river. There, we recited the Rosary , sang hymns, and played some patriotic songs with the Holy Choir of Angels band. Once that was finished , there was a procession led back to St. Lawrence where we participated in the Benediction of the Blessed Sacrament and the Divine Praises. On our way back to the Academy, we stopped at a Mexican restaurant and had a splendid meal. After a long day , we all returned to the Academy for a well deserved rest knowing we had achieved another victory for Our Lady. 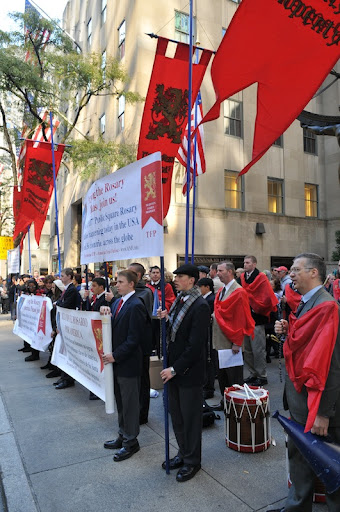