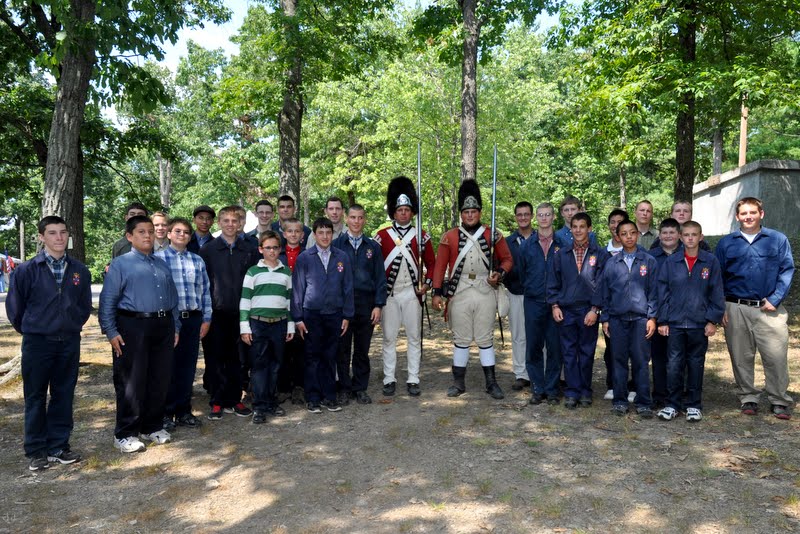 On August 25, we headed north to Elmira, New York, to watch a reenactment of a Revolutionary War battle, Newtown. Among the trees and hills that covered the scene of the actual battle, groups of reenactors in colonial, military, and Indian costumes advanced, loaded, and “fired” at each other. 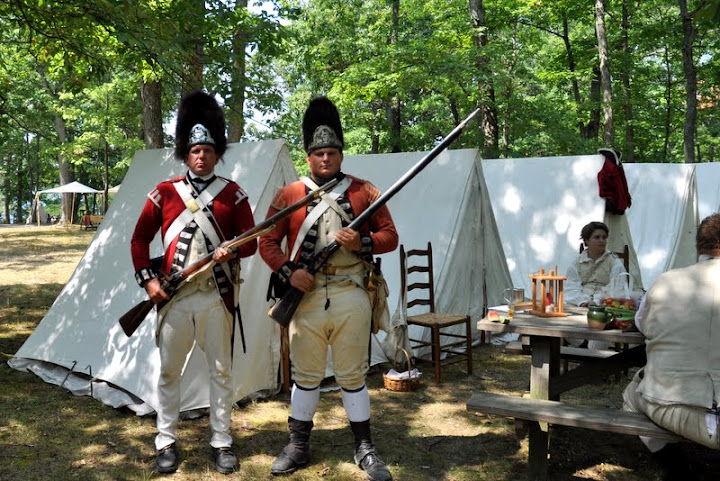 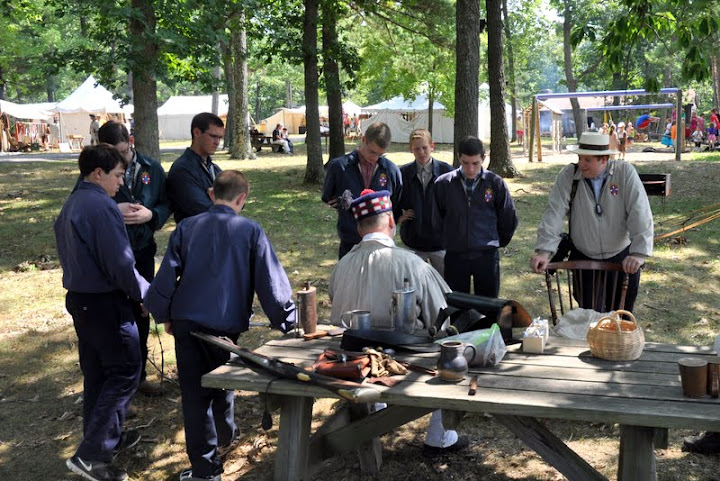 Amid the gunpowder smoke, guides explained particulars of 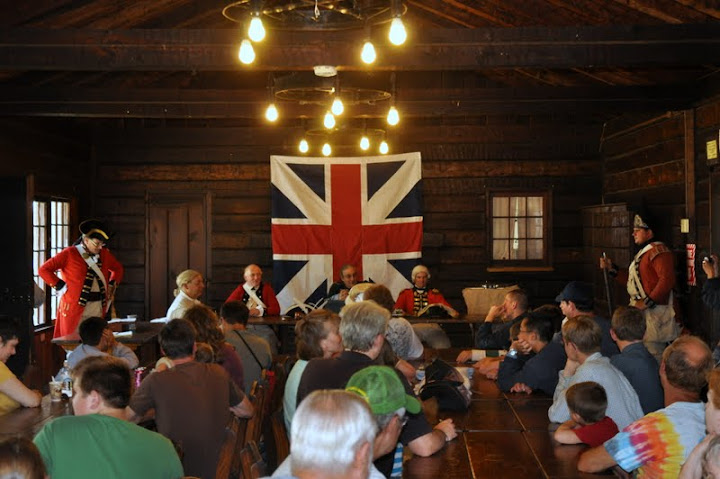 the battle and of colonial life. It was a colorful spectacle, with diversions such as a reconstructed Indian village and a row of shops with replicas of everything from powder horns to pots and pans and leather pouches. 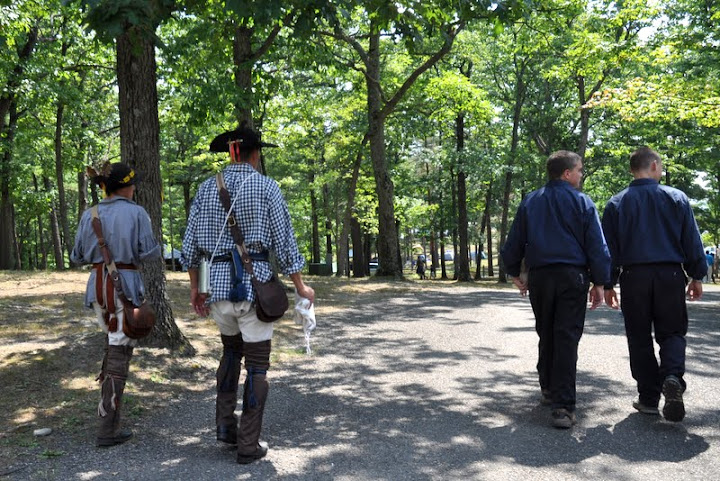 The concurrent roughness of frontier life and civility of the eighteenth century was brought out by a reenactment of an actual duel between two British officers that, despite the triviality of its causes and its tragic effect, had an elegance in its formality and stylization. This was again demonstrated in a word-for-word duplicate of the court-martial of the surviving officer that followed. He left with his life, to the relief of the audience that had heard the testimony of his “associates.” 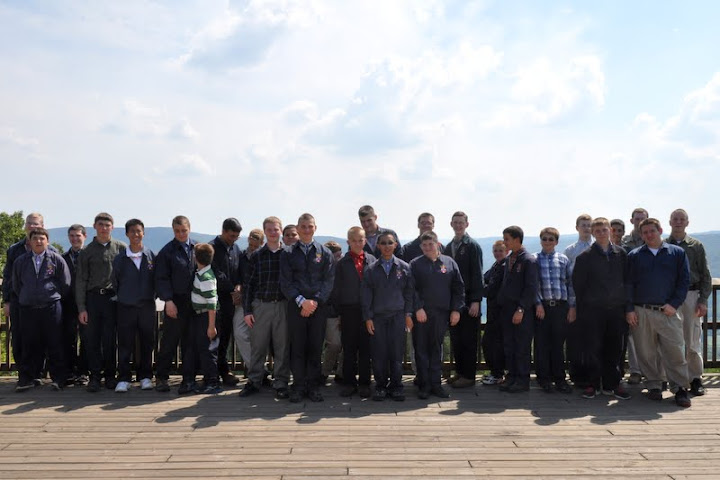 We had to leave as well, but not before singing the British tune “Men of Harlech” and the National Anthem with some of the British reeactors. It had been an informative and colorful event that brought our early history, with its bringing together of European culture and frontier roughness, alive.