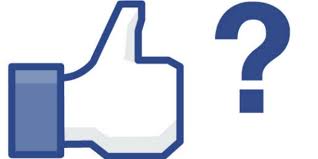 In our modern day and age, proper language and culture have tended to decline or even become obsolete. Texting, e-mail, and other types of social networking have replaced formal language and mechanics. Now, it has become customary to use slang, acronyms and, in general, poor English.

One of the most prominent examples today is the use of the word “like.”

This is by far one of the most abused and overused words in the English language, as can be attested to by many adults. It is used so much, in fact, that many people do not even realize they say it because it comes out so naturally. Listen to a conversation between two teenagers sometime. One can hardly count the amount of ‘likes” used in a just a few sentences.

Of course, almost all words are permissible to use in reasonable numbers, but there are several reasons why the word “like” in particular should be used sparingly.

First of all, its use promotes bad English. The literal meaning of the word is, “having the same characteristics or similar to.” Most of the time “like” is used when it does not even belong in a sentence and is not used according to its real meaning. However, it is still said freely and frequently.

An interesting note is that most people who say “like” would not use it in writing because it does not fit well in the same expression. So why is it used in speech?

Several other words could replace “like.” For instance, “similar to,” or “comparative to” could be used.

Secondly, it is a bad habit to acquire. If one does not break this vice, he will very likely have it until he grows to adulthood, and then still sound like a teenager. Who is going to listen to a grown-up who still talks like a kid? (I just used it properly!)

Another reason – and perhaps the most important – is that people should avoid saying “like” because it encourages indecision without the user even conscious of it. With “like” there are no certainties anymore. The abuser of “like” appears to be indecisive and wavering at all times. Everything is “like this” or “like that;” it never is.

Although it seems so trifling, its use can and does affect one’s strength of character with serious consequences later in life. Everyone knows the “devil’s in the details,” of course. Thus it is evident that the use of “like” should be avoided as much as possible, for even though it seems so small, it nonetheless promotes poor English, encourages uncertainty, and is pure and simply a bad habit.