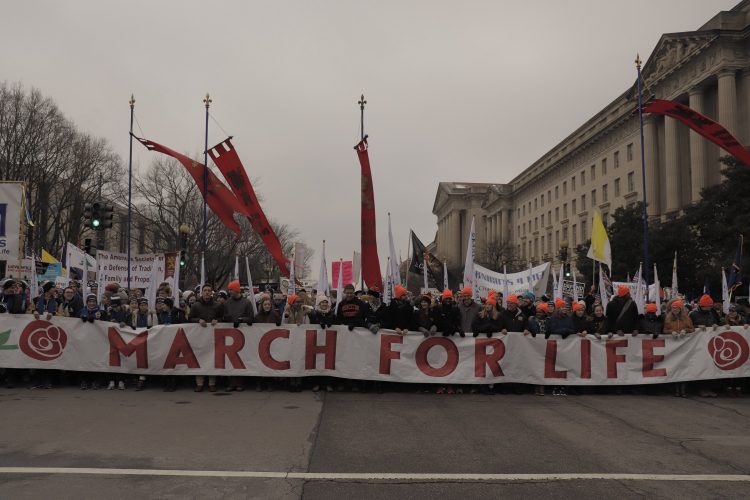 What a better way than to spend a day marching for the unborn? That is what the students of the St. Louis de Montfort Academy did on Friday, January 18, 2019. The day started with the departure from the TFP headquarters in Spring Grove, Pennsylvania. The students arrived in Washington, D.C. at around noon, in the new bus donated to them. Fortunately, we did not break down! As soon as we disembarked, our immediate mission was to hand out flyers before the march got started. The frigid temperatures made this a difficult task for, to hand out flyers properly, one must take off his gloves to properly grip the paper. But the young students did this without flinching, nothing is too discomfortable if done for the unborn. The flyers were handed out until the March for Life began, at which time, students made their way to the assembly point for the Holy Choir of Angels Band. As the marchers began to pass, the band played patriotic hymns for them. At the end of the march, the band followed and played the National Anthem in front of the Supreme Court in honor of the unborn. After doing so we headed back to the bus to drive the long way back to school. All of this was done for the unborn so that they might live.