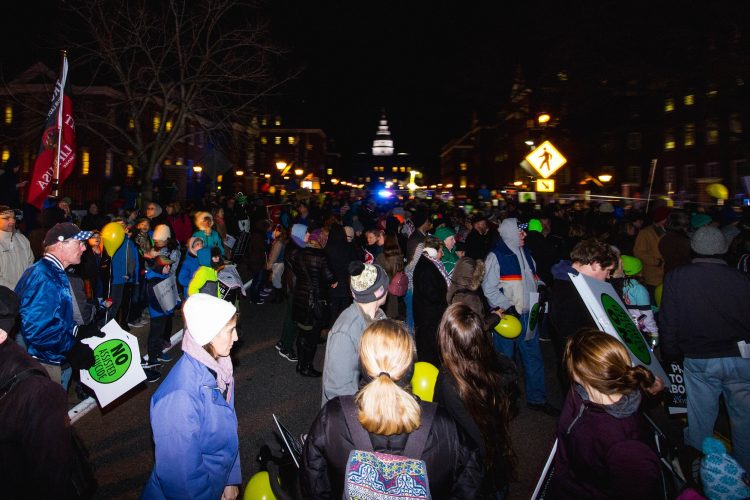 Four academy students had the privilege to defend the unborn residents of Maryland and the rest of the U.S. by marching with the Sedes Sapientiae Institute in the Annapolis March For Life. Playing patriotic hymns to encourage all of the enthusiastic marchers around us, we walked to the courthouse. It was impressive seeing all of the parents with their children, some even in strollers, and the large numbers of young people. Upon reaching the end of the march, at the rally site, I noticed a man with the biggest wooden rosary I had ever seen. He told one of the members of our group that “You have to bring in the big weapons [to these places]…” Not meaning the size of the rosary, but the magnanimity of its power. Where would the Pro-Life movement be if its Catholic members did not pray? Surely, Our Lady has given the Pro Lifers exactly what they need to overcome the horrendous act of abortion. This big weapon has won wars, converted thousands, and given security to every Catholic in the world. Now it must be used to implore the aid of the Mother of all mankind, born and unborn, to save the slaughter of holy innocents in our times.