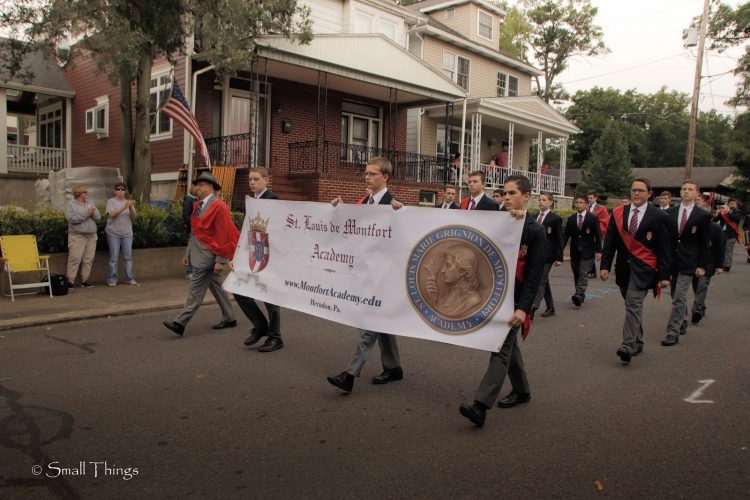 The morning of the 11th was cloudy; rain was unavoidable.  Piling on the bus, the St. Louis de Montfort Academy band prepared for the parade honoring the first responders of Kulpmont, PA. Two other bands from the Kulpmont area, a local youth football team and fire trucks, ambulances and police cars also made an appearance at the short march.

As the parade began, people began to crowd around the street, attracted by the patriotic hymns and lively marches.  The crowds were enthralled at the performance of St. Louis de Montfort’s band; they were clapping and cheering with great fervor. The parade continued, the Academy’s band receiving large amounts of applause on every street.

The parade, now coming to an end, turned one more corner, then stopped. After the parade halted, and the participants dispersed, then the threatening rain began to fall.  Ultimately, the parade was a success.