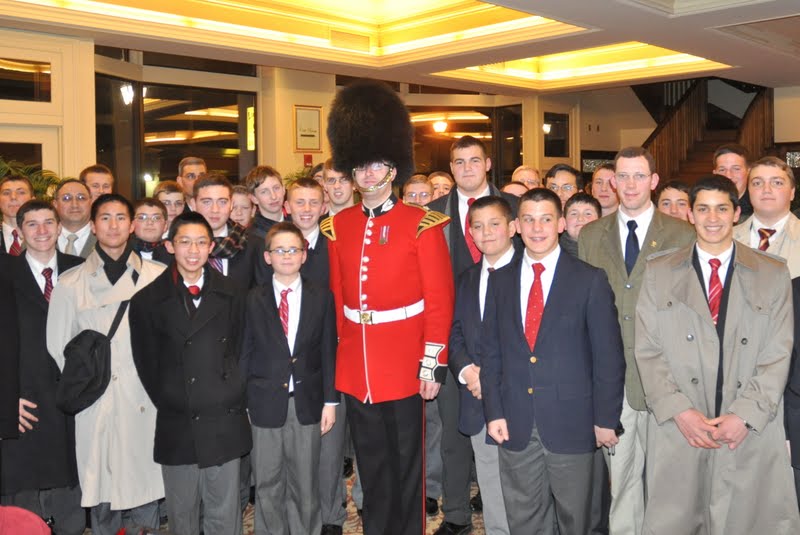 The day was February 17, of 2013. We had just heard the news that the Academy was going to see that Black Watch, a famous Scottish bagpipes and drums band. After school, the posted schedule read “change for games.” However, the rumor had spread that we would be going to see the Black Watch. Sure enough, on the schedule, “No games. Do not change.” This meant that we would be eating dinner early, since we had to leave at 5:30 and we would get back at 10:00.

We had dinner at 4:30, instead of at 6:30. It was also a student’s birthday on that day. After dinner, the first bell rang for departure.  All of the students went into the bus, as none wanted to be left behind.  When we finally arrived, we all went to our spots in the auditorium and waited. Presently, the first show came on, amidst shouting and clapping of an enthused crowd. The first show went on for about an hour, then the intermission took place. During the intermission, we all had a chance to meet a few of the performers. All of the pipers were decorated military men, as that is a requirement to be a  piper of the Black Watch. There were also the Scots Guards, which is a military band.

They did not have to be soldiers to be a Scots Guard, but they had to be able to march in step in formation.  After the intermission, the second show came on. During this part, to everyone’s surprise and joy, the bands played military music in a tribute to all of the branches of the armed forces: The Army, Marines, Air Force, and Navy. They said that if anyone had served in to a certain branch of the armed forces, they could stand while that branch’s song was being played. Almost everyone stood for one or more of the songs.  After playing many more rousing songs, they finally concluded and marched out playing “Scotland the Brave” and “Black Bear”, two famous Scottish songs sometimes paired together. This experience was truly a night to remember.