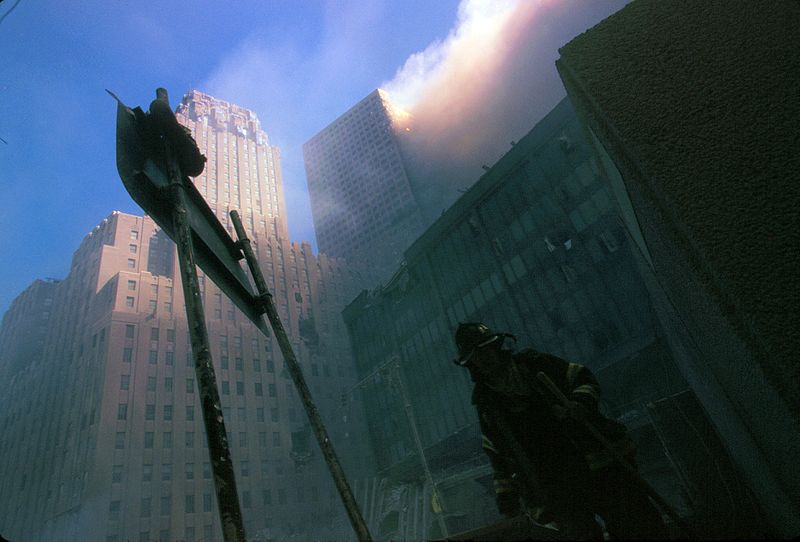 The students at St. Louis De Montfort Academy remember the sobering attacks on American freedom during the 9/11 terrorist acts. In remembrance of the Heroic first responders that gave their lives for the innocent people in the World Trade Center and the Pentagon, the academy band traveled to a local evening memorial. With the American flag leading the Academy’s band to the location the students marched with conviction while playing patriotic songs and hymns to Our Lady. After an opening ceremony with the flag guard and acknowledgement of the service men present, speeches were given by town officials including the major, judge, and fire chief. After respectfully honoring those who died, the band played songs of the armed forces. After a volley of gunshots, Amazing Grace was played by the bagpipe corps of the Academy, stirring some emotion among the many spectators. Then the restful song of taps was played by a lone trumpeter. The event ended with smiles and handshakes. Each academy student went up to the nearby firemen, police and veterans to thank them for their service. To the Academy’s great surprise, a generous donation of a brand new American flag was presented to the band instructor Mr. Gregory Escaro. The event concluded after some minutes of talking with fellow members of the community. Arriving back at the Academy, the students fell asleep thankful for such great hero as our military and first responder present.