Arriving on the evening of Friday, November 9, the participants attended a talk about the virtue of honor. Since 2012 marks the 100th anniversary of the Titanic’s sinking, the speaker gave a compelling example of honor: the gentlemen in first class who refused to enter any lifeboat, sacrificed their lives for the women and children on board. This resonated with the audience and reminded all of the beauty of the virtue of honor.

After the marvelous presentation, participants enjoyed homemade pizza. During this delightful supper there was much lively conversation. Strengthened for the next day, the young men turned in to get a good night’s rest. 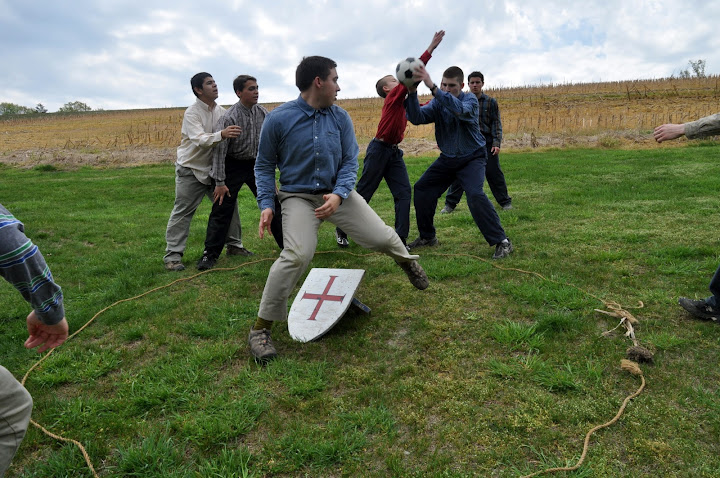 As the wakeup bell sounded on Saturday morning, the boys rushed to the hallway outside their room and stood at attention. Then, led by a staff member, they prayed the St. Michael prayer to beseech the Prince of the Heavenly Hosts to help them in the struggles throughout the day. After getting ready, the boys again stood outside their rooms, this time for inspection. Anything found untidy was remedied with a few push-ups. Breakfast followed, where table manners and polite conversation are encouraged, aspects of the knightly gentlemen that are often neglected.

After breakfast, the boys attended a talk on the First Crusade. They heard about real Catholic men and heroes who fought for the Catholic Church. Such heroes as Godfrey of Bouillon and Tancred illustrate the ideal of the Catholic knighthood. To conclude, the boys were reminded that in our days we too have to be knights, standing in the way of our bad culture.

Next: Outdoor games. The boys played shield ball, which demands toughness, agility, and lots of teamwork. After several hours of arduous activity the boys retired and recited the Rosary. By now, appetites for dinner were obviously voracious, and the young men satisfied their great hunger like gentlemen. Thus the entire evening had a cheerful glow, and after the boys said night prayers and sang the Salve Regina, they hurried to bed in expectation of the morrow’s hawk hunt. 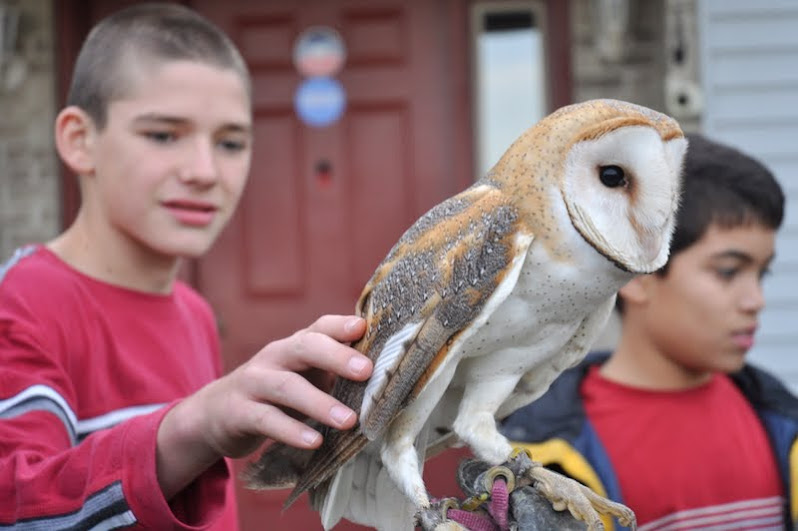 After attending early morning Mass at the Carmel of Jesus, Mary, and Joseph in nearby Elysburg, Penn., the boys traveled north to reach the hunting grounds where they would meet the falconer with his northern goshawk. Here, each boy would play an active role in the hunt: flushing the woods for game. All hastened to find a stout stick to beat the bush and lined up. Let the hunt begin! While continually striking the brush, the line advanced toward the falconer stationed 50 yards ahead. Suddenly, a young man cried out: “Ho!” This cry, a cue for the hawk perched on the falconer’s fist, alerted the bird that prey was near. A spooked rabbit ran franticly away from the advancing boys and past the falconer, up the hill. The goshawk crouched on the falconer’s fist with wings spread and fixed his piercing eyes on the quarry. Then, with one powerful leap, it was in the air, dashing after the rabbit at top speed, and disappeared up the hill where there was thick undergrowth. Everyone held their breath, until all heard the rabbit yelp. 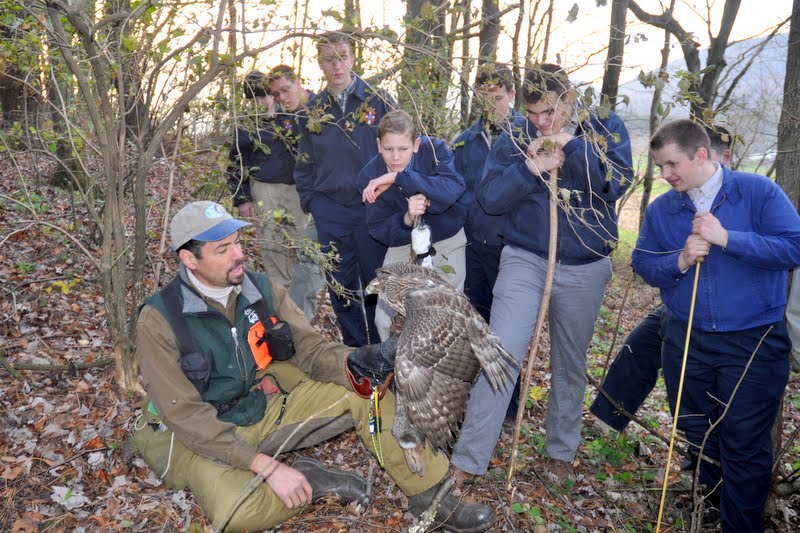 The falconer started up the hill, followed by forty excited boys. The hawk triumphally stood over its prey, with its wings outstretched, like a mighty conqueror. After a few minutes, the hawk finally let go of the limp rabbit and mounted the falconer’s fist, concluding a most exhilarating hunt.

The bus ride back to St. Louis de Montfort Academy was filled with lively chatter about the chase and all the adventures of the weekend.

Upon finishing prayers after dinner, good-byes were said somewhat reluctantly: It was time to go. Yet everyone departed already eager for the next Call to Chivalry Weekend.